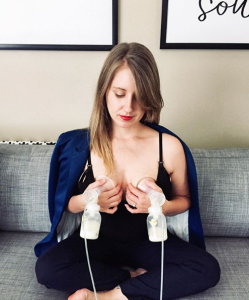 Hello, and welcome! I’m Rachel and this space is where I will share bits and pieces of my adventures as a mom, wife and homemaker. I love celebrating motherhood, traveling, good [gluten-free] food, and life’s simple joys!

Adding another baby to our little family is by far the biggest blessing, don’t get me wrong, but I have been struggling. Mentally and physically.

no.1 No one told me my body would take wayyyyyy longerrrrrr to “come back”. I have always had extremely poor body image and suffer from a binging and purging eating disorder since my early high school days. However, after having my second baby, my body is so different. It’s so different that I feel like I don’t know where I belong. Of course, I am so beyond thankful for what it has done for me. Two beautiful kids in under two years, seriously a huge thank you to my body, but in all honesty, I am sort of ashamed of it. In my perspective, I feel like my ta-tas basically drag on the floor, the mom pouch is out to play, start of some major bat wing arms and just way more flabby flab every-freaking-were. I wish I could embrace this physical journey, but I am just so flustered by what I look like. I know I shouldn’t, my kids don’t care, my husband doesn’t care, but I just do.

no.2 How much harder breastfeeding is going to be. With my first born, breastfeeding was only hard in the beginning, but we powered through and it was such an amazing experience! This time around, it has been much harder. I do a good mix of both, breastfeeding and pumped breast milk in a bottle. But I have some major mom guilt about it because when I feed London, I cannot engage with Parker. I always talk to him and sing to him while doing so, but it’s just not the same. I am giving both kids less attention and it sucks! When I do bottles I feel like a failure because I am home with her, I should be able to do directly from my boobs, but London is just a different eater then Parker was. She eats a ton, but she eats slow. Nursing sessions can last from anywhere between 10 to 30 minutes and that is so much time taken away from Parker. Bottle feedings are quicker, so I am more likely to choose that, but then I have to pump, which then takes 10-20 minutes. This is a huge dilemma I go through every single day. I wish I had a cordless breast pump so bad, because then I wouldn’t be connected to the wall, and could pump and play, go for walks or even be outside with both kiddos simultaneously! Goodness me that would be glorious!

no.3 The overwhelming feeling of guilt. I had no idea I could feel so much guilt over the littlest thing. I feel so guilty all the time.  I constantly questioning myself. Am I doing enough? Is the the right thing to do? Am I enough? I strip away time from both kids, whether it’s pumping, nursing, rocking, eating a hot meal, just whatever I do. I want to be there 100% for my kids, equal time, but that’s just impossible and I know that, I just feel so guilty. I know it will get better, right…it should get better?

no.4 SIDS. I am terrified you guys…terrified! I am constantly checking on London to make sure she is breathing. Since she naps in her room while Parker is up, I just have the most intense urge to check on her. I can see her in the monitor, but that is just not enough for me. I too was also afraid of SIDS with Parker, but since he was my only child,  he would nap on me or near me, with London, she is not with me for all her naps. I am so worried all the time. I do sleep in her room and I am waking even when she is not, just to check and make sure. I feel like a freak, but I want to make sure she is okay! I know there is no prevention for SIDS, but I want to make sure I give her the best chance in case she does ever stop breathing.